Van Sickle Island is located on the eastern edge of Suisun Marsh at the confluence of the Sacramento and San Joaquin Rivers and the terminus of Montezuma Slough. The island encompasses roughly 2400 acres of managed wetlands, adjacent to the 8,500 acre Grizzly Island Wildlinext Area. Geographically this area is 12 miles south of Fairfield in Solano County and two miles north of Pittsburg in Contra Costa County.

Historically the island was reclaimed by farmers in the mid 1800s who dredged the surrounding sloughs and built earthen levees for raising cattle and farming beans and tules. Later, as the cost of levee maintenance made farming unprofitable, the area became a haven for waterfowl hunting and recreation. In 1914 Reclamation District 1607 was formed and the Island was divided into smaller parcels with all landowners paying assessments to maintain the levees that were purchased by the District.  In 1977 with the California legislature passing the Suisun Marsh Preservation Act, Van Sickle Island was dedicated as one of many islands committed to preserving critical wetlands in the immediate area.

There are twenty two parcels and owners on Van Sickle Island ranging in size from 1 to 400 acres each. The island has multiple private duck clubs and a  few smaller residences  and is considered an environmentally significant location in the Suisun Marsh due to its importance to water quality and supply by acting as a barrier to salinity intrusion in the Delta. 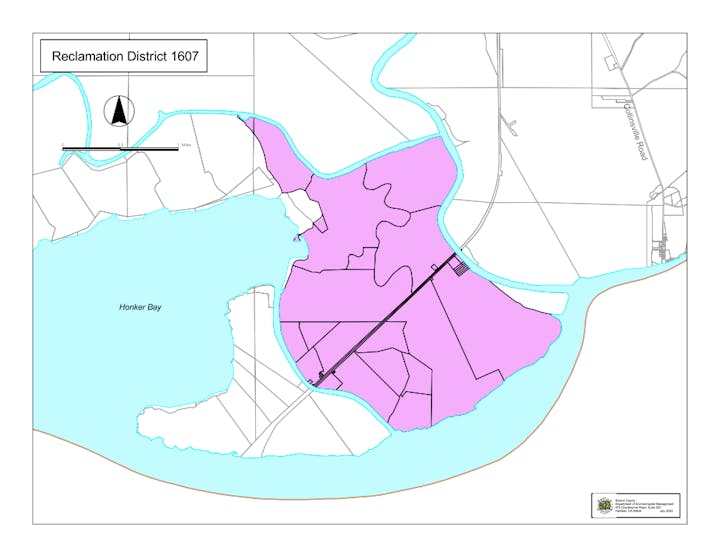